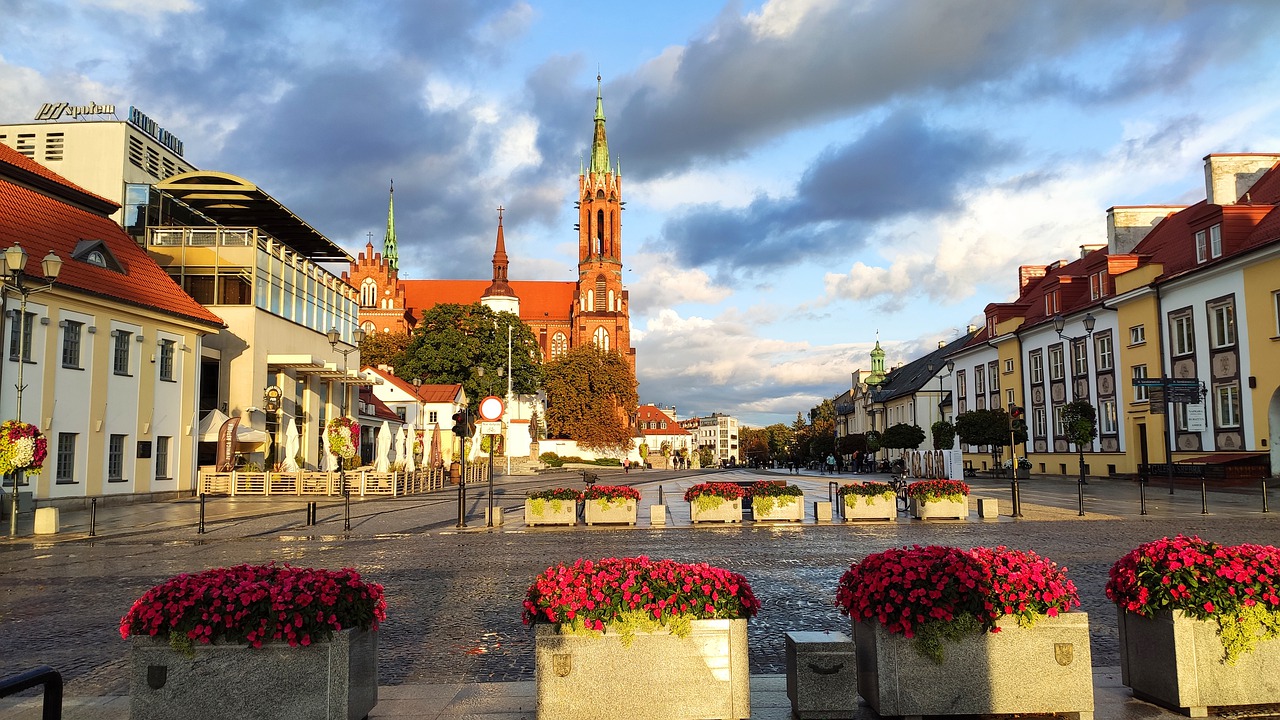 Bialystok is a provincial capital and the largest city in the north-eastern region of Poland. Warsaw – the capital of the country is only 188 km (116 miles) away.
Bialystok is a rather small city in terms of size, considering its big population – it is the second most densely populated city in Poland. Most of the sights worth visiting are in the strict centre of the town.

Bialystok is the obvious hub for discovering the natural wonders of the Podlasie region. There are 4 national parks in the region, including the world-famous Bialowieza National Park, the UNESCO World Heritage Site.

The nearby town of Choroszcz is an entrance point to the beautiful Narew National Park. The town centre itself is well preserved and features a majestic baroque church as well as Branickis’ summer residence, currently comprising a museum with a collection of memorabilia connected with the Branicki family.

Further away is the town of Tykocin, with one of a few remaining Jewish synagogues of the region. The nearby villages of Bohoniki and Kruszyniany were the centre of Tatar Muslim migration to the country centuries ago and still have a vibrant and very specific Lipka Tatar community. The antique wooden mosques in the villages are hundreds of years old and are still in operation.